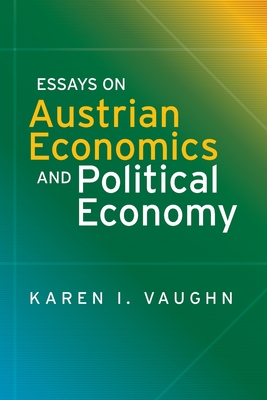 In Essays on Austrian Economics and Political Economy, Karen I. Vaughn takes us through her intellectual journey and career. As a neoclassical economist by training and a specialist in the history of economic thought, Vaughn, although conversant with the Austrian school of economics, did not fully begin to grasp the fundamental differences between the neoclassical and Austrian schools until 1974, when she attended the South Royalton Conference on Austrian Economics organized by the Institute for Humane Studies. This conference sparked her interest in researching core issues in Austrian economics and political economy. She went on to shape the field through her research and intellectual entrepreneurship.

This volume collects various explorations of these ideas from throughout her career, including wrestling with the concept of equilibrium through the lenses of Kirzner and Lachmann and building upon Hayek's work by applying systems theory to economics, as well as considering the future of Austrian economics. It is ideal for scholars and students interested in the history and continued advancement of Austrian economics and political economy.