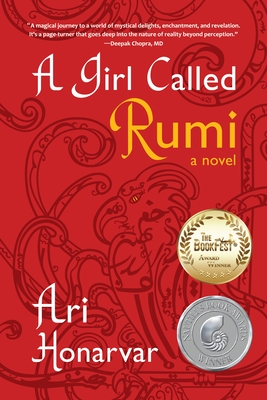 A magical journey to a world of mystical delights." -- Deepak Chopra, MD A Girl Called Rumi, Ari Honarvar's debut novel, weaves a captivating tale of survival, redemption, and the power of storytelling. Kimia, a successful spiritual advisor whose Iranian childhood continues to haunt her, collides with a mysterious giant bird in her mother's California garage. She begins reliving her experience as a nine-year-old girl in war-torn Iran, including her friendship with a mystical storyteller who led her through the mythic Seven Valleys of Love. Grappling with her unresolved past, Kimia agrees to accompany her ailing mother back to Iran, only to arrive in the midst of the Green Uprising in the streets. Against the backdrop of the election protests, Kimia begins to unravel the secrets of the night that broke her mother and produced a dangerous enemy. As past and present collide, she must choose between running away again or completing her unfinished journey through the Valley of Death to save her brother.

Ari Honarvar is the founder of Rumi With A View, dedicated to building music and poetry bridges across war-torn and conflict-ridden borders. Her writing has appeared in The Guardian, Teen Vogue, Washington Post, and elsewhere. She is the author of the oracle card set and book, Rumi's Gift. She lives in San Diego, where she has befriended a hummingbird named Taadon.