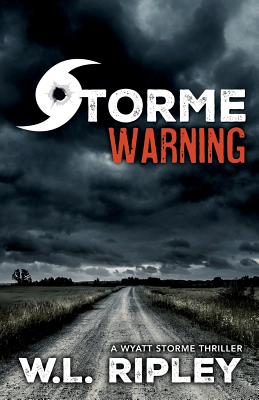 The new, fourth novel featuring Wyatt Storme, the ex-football player turned troubleshooter that critics are hailing as the long-awaited heir to Travis McGee and Spenser
Vietnam vet and former Dallas Cowboys player Wyatt Storme just wants to be left alone in his remote Ozarks cabin - but violence and trouble have a knack for finding him. And when it does, he doesn't back down. This time, Chick Easton, a hard-drinking, shockingly lethal ex-CIA agent, asks his buddy Storme for back-up when he's hired by the director of a big budget western to protect a bad-boy movie star who is getting well-deserved death threats. There's also an annoying catch: the director wants to shoot the star's new western on Storme's land. Storme reluctantly agrees to it all, unaware that a sociopathic mob enforcer that he once put in traction, and in prison, is on his way and gunning for revenge.

W.L. Ripley is the author of two critically acclaimed mystery series, one featuring Wyatt Storme, an Ex-NFL star and atavistic cowboy, and the other featuring Cole Springer, an enigmatic ex-secret service agent. Ripley is a native Missourian who has been a sportswriter, a successful high school and college basketball coach, and well-respected educator. He enjoys watching football and playing golf, spending time with friends and family, and enjoying a good cigar when his wife, Penny, allows it. He's a father, grandfather, and unapologetic Schnauzer lover. Ripley writes daily from his Western Missouri home. His fourth Wyatt Storme thriller, Storme Warning, will be published in 2015 by Brash Books, along with the three previous books in the series. He's also busy crafting a new Cole Springer novel and developing another series of books with two new heroes.