Bragg V1: The Dead Never Forget, the Missing and the Dead, Pieces of Death (Paperback) 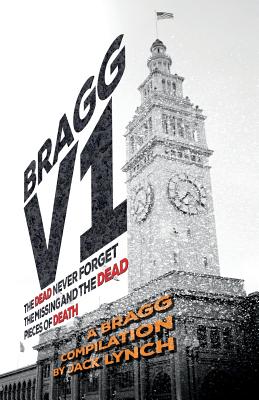 BRAGG V1
The first three, powerhouse novels in Jack Lynch's Edgar Award-nominated and two-time Shamus Award-nominated Bragg series.
Private investigator Peter Bragg learns that The Dead Never Forget when he's hired by a retired mobster to find out who is threatening his eleven-year-old daughter.
Bragg's relentless search for The Missing and the Dead pits him against a brilliant serial killer obsessed with the expressions of death on his victim's faces. Edgar Award Finalist
Bragg becomes the hunter and the hunted as killers descend on the city to find thirty-two Pieces of Death -- gem-encrusted chess pieces smuggled out of China that are worth a staggering fortune. Shamus Award Finalist
"Tough, taut and terse... literate without being lofty, not unlike the work of Hammett himself," The Thrilling Detective
"First-rate, well-plotted," 101 Knights: A Survey of American Detective Fiction
"Bragg is authentic, gripping, gritty," San Francisco Examiner.