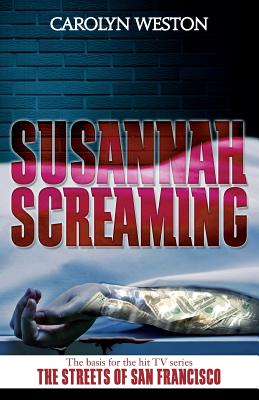 The second blockbuster thriller in the Krug & Kellog series...which became the hit TV show "The Streets of San Francisco"
It's the turbulent 1970s, a time of social upheaval. University-educated ex-surfer Casey Kellog is the youngest homicide detective on the force. He's teamed up with Al Krug, an older, tougher, street-wise cop resistant to change. Their latest case involves a vicious hit-and-run death: a driver in a Mercedes chases a motorcyclist, hits him, and then backs up over him again, making certain that he's road kill. The investigation takes a bizarre turn when the victim is undressed in the morgue and the two cops discover that his corpse is plastic-wrapped in twenty-dollar bills...

Carolyn Weston grew up in Hollywood during the Depression. She played hooky from school in movie theaters and libraries, honing the craft that would make her books so remarkable. During World War II, she worked in an aircraft plant and then did odd jobs around the country before writing Poor Poor Ophelia, the first Al Krug / Casey Kellog police procedural... which became the hit TV series The Streets of San Francisco. Two more books in the series, every bit as good as Ed McBain's 87th Precinct and just as memorable, followed and all three are proudly being published by Brash Books.