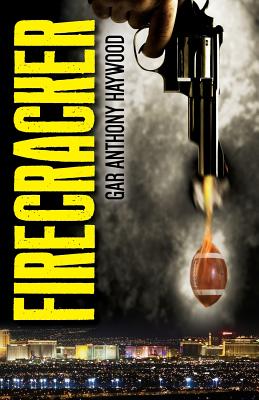 Eight months ago, knockout PR exec Reece Germaine spent a wild weekend in Las Vegas with football superstar Raygene Price. It was fun, but now Reece is pregnant with Raygene's baby and his mother is playing hardball with Reece over a fair and equitable childcare settlement. Fortunately, Reece has a Plan B: the $25,000 Raygene gave her in Vegas to bet on the 50-1 underdog Arizona Cardinals to win the Super Bowl. The very same Super Bowl the Cardinals are about to play in for all the marbles. Holding a casino betting slip worth a potential $1.25 million, Reece heads back to Vegas to watch the big game, unaware she won't be going alone. Right behind her are Raygene, who's finally remembered that betting slip; Raygene's psychotic homeboy Trip Stiles, who's blackmailing him to the tune of 200 grand; and smooth operator Aeneas Charles, the no-nonsense troubleshooter Raygene's agent has hired to keep his star client out of trouble.
Once her grandfather's little "firecracker," Reece Germaine is a pregnant lady in high demand--and Sin City is about to find out what the word "action" really means.

A three-time Shamus Award winner and an Anthony Award winner. Gar Anthony Harwood is the author of Man Eater and Firecracker, two brutally funny thrillers set in Hollywood. Man Eater earned Haywood starred reviews from both Kirkus and Publishers Weekly and well-deserved comparisons to Elmore Leonard for his fast-paced thrills and dark humor. He followed that stunning success with Firecracker, an explosive story of sports, sex, and outrageous schemes that also received rave reviews. Haywood is also the author six mysteries featuring African-American private investigator Aaron Gunner. The first novel in that series, Fear of The Dark, won the Shamus award for Best First Novel of 1989, and his Gunner short story "And Pray Nobody Sees You" won both the Shamus and Anthony awards for Best Short Story of 1995. His latest Gunner short story, "The Lamb Was Sure to Go," snagged him his third Shamus award in 2011. His other novels include two books featuring Joe & Dottie Loudermilk, retiree crime-solvers traveling in their Airstream camper. In addition to his novels and short stories, Haywood has written episodes of several TV crime shows, including New York Undercover and The District, and is a former president of the Mystery Writers of America's Southern California chapter.