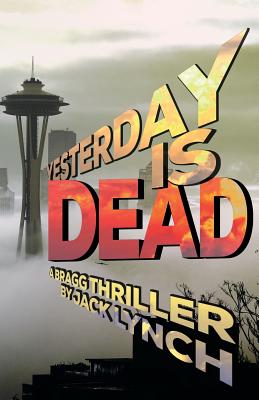 The seventh novel in the multiple Shamus and Edgar Award nominated Bragg series
Someone is trying to scare Benny Bartlett, a freelance writer in Seattle into leaving the Jet City...and he has no clue why. It starts with threatening phone calls but escalates into gunfire. The police won't help, despite clear evidence of attempted murder, so Benny calls his old friend Bragg, who returns to his hometown to get answers. But he soon has to face his own, troubled past when his long lost ex-wife unexpectedly reappears, opening old wounds. Things quickly become explosive...literally. Bragg emerges from the flames into a hailstorm of bullets, beatings and bodies...a blast from the past that could put him in a grave.

Jack Lynch modeled many aspects of Peter Bragg on himself. He graduated with a BA in journalism from the University of Washington and reported for several Seattle-area newspapers, and later others in Iowa and Kansas. He ended up in San Francisco, where he briefly worked for a brokerage house and as a bartender in Sausalito, before joining the reporting staff of the San Francisco Chronicle. He left the newspaper after many years to write the eight Bragg novels, earning one Edgar and two Shamus nominations and a loyal following of future crime writers. He died in 2008 at age 78.