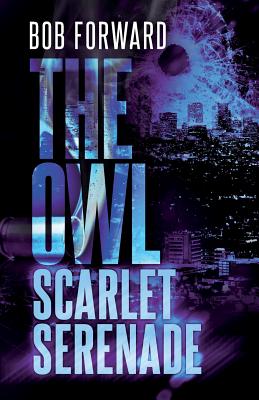 Alexander L'Hiboux is a man who lives on the streets, who never sleeps, who never stops hunting his lawless prey. He is... THE OWL Haunted. Lethal. Unstoppable. Justice incarnate. The most daring and original hero in crime fiction in a scorching, action-packed adventure. SCARLET SERENADE It's the mean-streets of L.A. in the mid-1980s. When The Owl rescues a young punk-rock starlet from being kidnapped, he considered it just a minor good deed with a few dead bodies left scattered around. But he soon discovers that she's the target of a gangland conspiracy that has half of the city's underworld after her. Now the only thing between her and certain death is The Owl. "Exhilarating A pure action high unlike anything I've ever read before. The Owl is a cross between Batman and The Terminator...but he's even more deadly and relentless," Lee Goldberg, New York Times bestselling author of The Chase "It starts off over the top and builds from there. There's action aplenty. The Owl absorbs more punishment than any two or three or four people in other novels," Bill Crider, author of Outrage at Blanco.

Author of the Owl Series Bob Forward has at various times been a professional writer, artist, director, producer, and pyrotechnician. Sometimes all of them at once. Much of his work has been in Children's Television, where he quickly established a reputation for creative and entertaining mayhem. He has written novels, scripts, and comic books, story-edited, directed and produced on a number of animated series, and runs a pyrotechnic special effects business on the side. He greatly enjoys creating and developing intriguing new characters and concepts, developing them into dynamic and compelling relationships, and then blowing them up. He tends to have noisy dreams.