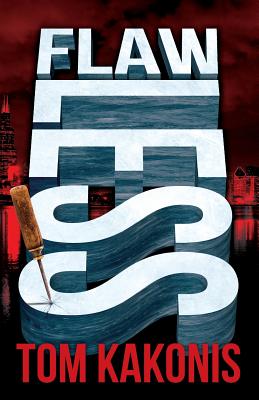 FLAWLESS. That's how women describe Michael Woodrow. He's an irresistibly handsome corporate hatchet man, trimming costs by axing employees. He also likes to kill women.
FLAWLESS. That's how he balances his professional and homicidal lives until he falls in love with his next-door neighbor... and his father is released from prison after serving 18 years for murdering Michael's mother.
FLAWLESS. That's a standard that becomes increasingly difficult for Michael to sustain when a sleazy, but sharp Florida PI closes in.

Tom Kakonis has been hailed by critics nationwide as the heir-apparent to Elmore Leonard... and for good reason. His stunning thrillers blend dark humor with gritty storytelling for compelling, and innovative crime noir capers packed with unique, sharply drawn characters and shocking twists. All of those talents are on full display in Treasure Coast, his bold new thriller from Brash Books. But that success is built on a foundation of incredible crime writing. In his highly-praised debut Michigan Roll, Kakonis introduced Tim Waverly - a loveable gambler who constantly finds himself playing a game of survival against the odds. The Waverly series continued with Double Down and Shadow Counter, and Kakonis also penned the hilarious and harrowing Christmas car heist Criss Cross. Kakonis took a darker turn with Blind Spot and Flawless, two mind-blowing thrillers he initially wrote under the pseudonym "Adam Barrow." Blind Spot is a tour-de-force that tracks a father's relentless, driving obsession to save his family at any cost, while Flawless, picked as a People Magazine Chiller of the Week, centers on a chilling serial killer as his perfectly-ordered life begins to crumbled when he falls in love, his imprisoned father is released, and a relentless, and sleazy, PI starts to follow the trail of bodies to his door. And now Tom Kakonis is back with the thriller his fans have been waiting to read for years. It was worth the wait. Treasure Coast Is "Get Shorty" meets "No Country for Old Men" on a sunny Florida coast that's teeming with conmen and killers - and marks the return of Tom Kakonis at his best.