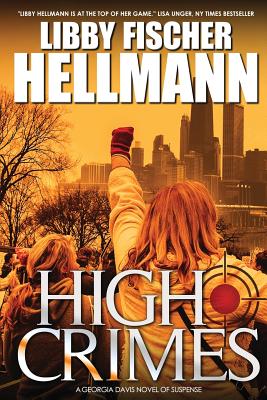 How do you solve a murder when there are 42,000 suspects?

That's the task facing Chicago PI Georgia Davis, hired to hunt down those ultimately responsible for the assassination of Resistance leader Dena Baldwin at a demonstration fourteen months after the 2016 election. The gunman, on a nearby hotel rooftop, dies within minutes of the shooting. As Georgia sifts through Dena's 42,000 Facebook followers, she discovers that unknown enemies hiding behind fake profiles have infiltrated the group. She finds others who will do whatever it takes--including murder--to shield right-wing, wealthy elites. When Georgia begins piecing together the facts, relatives of both victims mysteriously disappear, and the danger escalates. Threats and bruises have never frightened Georgia, but she's side-swiped by the sudden reappearance of the mother who abandoned her when she was a child. Can she survive an emotional family crisis at the same time she pursues killers whose only goal is to protect themselves?