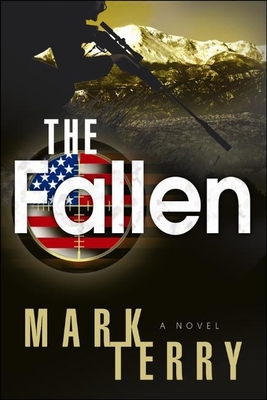 By Mark Terry
Unavailable to Order
Out of Print

This is book number 1 in the Derek Stillwater Thriller series.

Twenty world leaders meet for the G8 Summit at the beautiful Cheyenne Resort in Colorado Springs. But an ugly plot lurks beneath the surface: a terrorist group, The Fallen Angels, plans to wreak havoc on the Summit.With the Secret Service, the FBI, Homeland Security, the military, and security from twenty different governments on-hand, shouldn't the resort be the safest place in the world?It seems impossible that a terrorist group could infiltrate the Summit. And yet they do. Within minutes, twenty world leaders are taken hostage, and Richard Coffee, the group's leader, makes his first demand: release twenty detainees from Guantanamo Bay, or he'll execute one leader each hour until his demands are met.Only one man can disrupt this plot. Derek Stillwater is that man.Working undercover as a maintenance man at the resort, Stillwater will wage war on the world's deadliest, most sophisticated terrorist organization, picking off the terrorists one by one-until he comes face-to-face with an evil force from his past, Richard Coffee, The Fallen Angel himself.

Mark is the author of the Derek Stillwater series, which includes The Devil's Pitchfork, The Serpent's Kiss, The Fallen, and several standalone novels. He is a contributing essayist in Thrillers: 100 Must-Reads. When not writing, Mark practices guitar, lifts weights, bikes, runs, and studies Sanchin-Ryu karate, in which he holds the level of black belt.