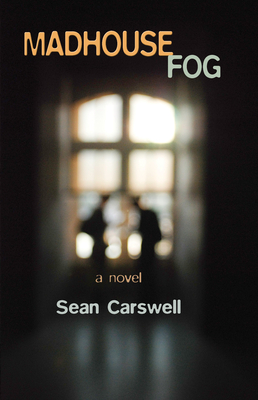 After a thirty-something altruistic punk rocker fleeing a troubled marriage is hired for a grant-writing job at a southern California psychiatric hospital, he quickly gets entangled in a neuropsychiatrist's mysterious research into the collective unconscious, and becomes romantically involved with a former patient. A metaphysical thriller peopled with memorable characters set in a picturesque town along the Pacific coast, Carswell gives readers a wild ride into the unknown... and back again.

Sean Carswell is the author of the novels Drinks for the Little Guy (1999) and Train Wreck Girl (2008), as well as the short story collections Glue and Ink Rebellion (2002) and Barney's Crew (2005). His work has appeared in dozens of publications that range from skateboarding magazine Thrasher to literary journals including The Southeast Review. He is the co-founder of Razorcake magazine, the nation's largest not-for-profit magazine dedicated to independent music and culture. He is also one of the founders of the independent book publishing company, Gorsky Press. He currently lives in Ventura, California and is a professor of American literature at California State University Channel Islands.