Picking Up the Ghost (Paperback) 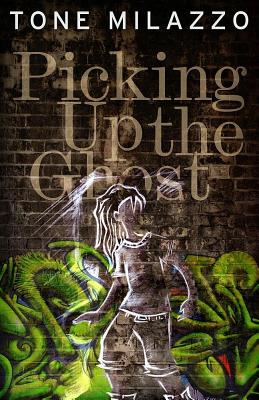 Living in St. Jude, a 110-year-old dying city on the edge of the Mississippi, is tough. But when a letter informs fourteen-year-old Cinque Williams of the passing of the father he never met, he is faced with an incomplete past and an uncertain future. A curse meant for his father condemns Cinque to a slow death even as it opens his eyes to the strange otherworld around him. With help from the ghost Willy T, an enigmatic White Woman named Iku, an African Loa, and a devious shape-shifter, Cinque gathers the tools to confront the ghost of his dead father. But he will learn that sometimes too much knowledge can be dangerous--and the people he trusts most are those poised to betray him.

As a child Tone Milazzo wanted to be a writer and a Green Lantern. But then he grew up and lived his life as a Marine, a cab driver, a software engineer and a teacher before coming back around to writing. His power ring is still pending. When it does arrive you'll hear about it first at tonemilazzo.com.