Voyage To The Bottom Of The Bathtub (Paperback) 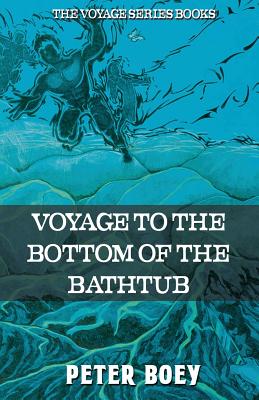 Before the voyage of Captain Cook, an armed merchant ship of the Dutch East India Company disappears off the east coast of Australia. An unofficial voyage never recorded in the history books, the Dutch sea captain is desperate to send a message home that may be the last hope for Erik, a boy living in Australia 250 years later.

Erik is drawn to the sea, yet lives with his family in the Australian outback. His crippled father hates the sea. So what explains the diving suit Erik discovers in the attic, and the artifacts hidden inside, that match the heirloom his sister Stephanie wears?

With a chance move to the coast they learn of their parents' deception. Their father's murky past leads them into the shipwreck smugglers' lair that has baffled authorities. Unable to tell friend from foe; beguiled by illusion and confronted by betrayal, kidnapping and murder, 13 year old Erik and Stephanie fall deeper into a seething labyrinth of no return above and below the waterline.

How can they solve the series of riddles and puzzles confronting them?

Will they unlock the clues painted into a Vincent van Gogh masterpiece?

What chance have they against a heartless killer, the leader of the smugglers, and the temptations of a clever conjurer with shifting identities - a maestro of the counterfeit?