Between Dusk and Dawn (Paperback) 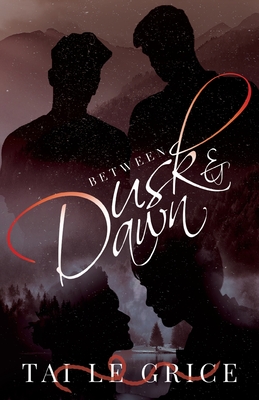 "My love is infinite. It will always remain and wherever you go, wherever he sends you... I will find you."

A life lived and a love lost. Waiting through lifetimes to be re-united and driven to put right the mistakes of the past, or be trapped forever in regret.

Independent and enigmatic Storm is tormented by a recurring dream which inevitably leaves him with a sense of loss that tears his very heart from his body and his soul along with it. Angry and frustrated, running from both his past and his true self, he trusts nobody and love is a word he refuses to permit into his vocabulary, never mind his thoughts.

For Indy, broken and lost, escaping a shattered childhood and a mother who is herself lost in addiction, the same images appear repeatedly in his art, leaving him aching with a loss he doesn't understand. Sensitive and intuitive, knowing he is different from those around him, he struggles to fit in and permit himself to be who he truly is.

Two lost souls destined to be reunited meet once again. Two opposite and uniquely talented young men with secrets both are hiding from the world. In the space Between Dusk and Dawn can they overcome the challenges of the present to rise beyond the tragedy of the past?