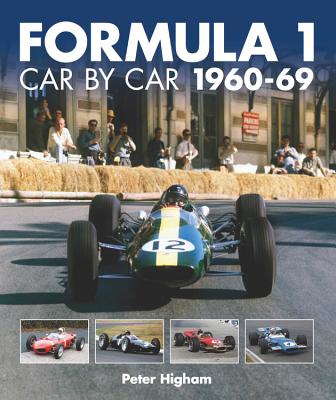 Formula 1: Car by Car 1960-69 is the first in a multi-volume, decade-by-decade series covering the entire history of Formula 1 through its teams and cars. This volume covers the 1960s, when the British came to predominate after the rule of Italian and German manufacturers in the previous decade. All ten World Champions of the decade came from the English-speaking world - Britain, the USA, Australia and New Zealand - and most of the successful cars were British-built too, from Cooper, BRM, Lotus and Brabham. This was an era when small teams and privateers were involved in significant numbers and they are all covered, all the way to the most obscure and unsuccessful. This book shines new light on many areas of the sport and will be treasured by all Formula 1 enthusiasts.

Peter Higham works in motor racing as a writer and project manager. For nearly 30 years he worked for Haymarket Consumer Media, publisher of motor racing magazines and websites, and for half of that period he was director of LAT Photographic (now Motorsport Images), the world’s largest motor racing photo archive. A motor racing enthusiast since watching his first race in 1973, he has written seven books, including the acclaimed International Motor Racing Guide and World Encyclopaedia of Racing Drivers. He has been a columnist for Autosport and Motor Sport and was instrumental in running the prestigious Autosport Awards for over 25 years. He lives in Twickenham, Middlesex.