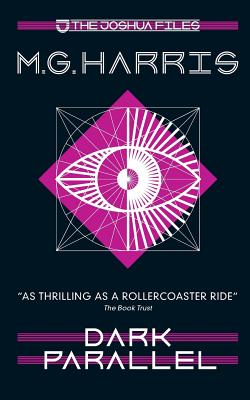 This is book number 4 in the Joshua Files series.

This is how the world will end: on 22 December, an electromagnetic pulse will blast through the atmosphere. Technology will fail. Civilization will fall apart. The key to survival lies in a secret Mayan book, protected by Josh and an ancient society. But someone has altered time. To put it back on track, Josh must unravel history itself and face the dangers of a dark, parallel reality.

This twisty, time-travel thriller is perfect for fans of Indiana Jones, Doctor Who and Stargate as well as teenage heroes like Alex Rider and Percy Jackson.

Praise for The Joshua Files series:
"A very well crafted saga . . . these files are well worth diving into." The Bookbag

"Gripping, fast-paced and exciting, this is sure to get the adrenaline pumping round the readers' body." Lovereading4kids

"A fast-paced, first-person thriller. Her book's Mexico setting is richly evoked, and its historical and conspiracy elements are convincingly delineated." Financial Times

"As thrilling as a rollercoaster ride, this fantastical world of spies, spirits, ancient prophecies and hidden cities tests Josh to his limits and he comes to understand the conflicting demands of friendship, family, loyalty and duty." The BookTrust

"Indiana Jones would have stiff competition in young Joshua Garcia . . . This novel is well written, with the action unfolding at a fast and satisfying clip. This series is destined to be a hit. Not only is the non-stop action enthralling, but the many mysteries and unanswered questions will have the reader begging for the rest of the series. Highly Recommended." Library Media Connection, starred review