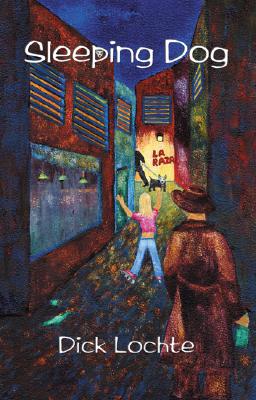 First Holmes and Watson, then Nero and Archie, Now Leo and Serendipity--two detectives, two narrative voices, twice as much sleuthing and double the fun.

First, imagine Katherine Hepburn at fourteen. Next, in your mind's eye, replay Humphrey Bogart, at his middle-aged best, as Sam Spade. Now picture this oddest of couples as the newest duo in detective fiction and you'll have a perfect portrait of the memorable leads in Sleeping Dog.""
--Los Angeles Times Book Review

Originally published in 1985 by Arbor House 0-87795-738-X and by Warner in pbk. 0-446-32661-5, Sleeping Dog won the Nero Wolfe Award and was nominated for the Edgar, the Shamus, and the Anthony Awards. In 1999, the Independent Mystery Booksellers's Association named it one of their 100 Favorite Mysteries of the Century. Poisoned Pen Press will republish the sequel, Laughing Dog, later this year.