Star of the Empress (Paperback) 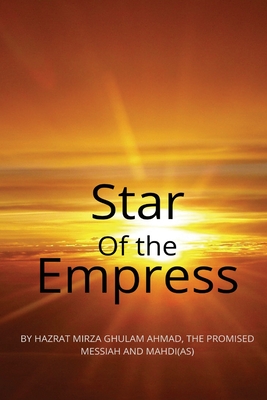 The book Sitara-e-Qaisarah Star of the Empress] was written by the Promised Messiahas on 20 August 1899 and published on 24 August 1899. In this brief exposition, the Promised Messiahas has presented, in a new light, the same views expressed in his book Tohfa-e-Qaisariyyah A Gift for the Queen], which was written on the occasion of the Diamond Jubilee of Her Majesty, Queen Victoria. In this book, the Promised Messiahas has once again commended the British government for granting peace, security and religious freedom to all its subjects. He has then refuted the false doctrine of the advent of a militant Messiah and Mahdi, who according to some, would presumably, coerce the world into accepting Islam. Furthermore, he has also beautifully removed misconceptions surrounding the concept of Jihad and clearly expounds that Islam was never spread by the sword, nor is religious compulsion permitted in Islam. The Promised Messiahas then goes on to beautifully explain that the Christian concept of atonement, which logically results in Jesusas bearing the burden of curse, is a dishonour to the pure and holy person of Jesusas. Finally, the Promised Messiahas has presented his claim as being x HADRAT MIRZA GHULAM AHMAD the Promised Messiah and Mahdi of the latter days, awaited by all world religions.