The Ford Cosworth DFV: The inside story of F1's greatest engine (Hardcover) 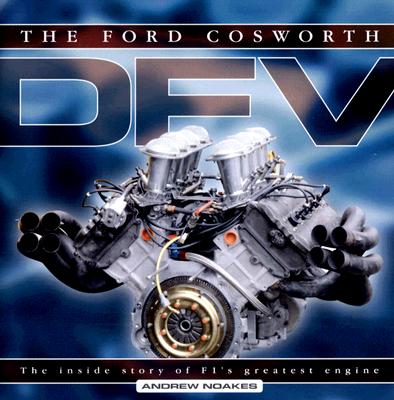 By Andrew Noakes
Unavailable to Order
Out of Print

The Ford Cosworth DFV engine first appeared at the Dutch Grand Prix in 1967, powering the Lotus 49s of Graham Hill and Jim Clark. Hill claimed pole position, and Clark won the race – a remarkable debut for an engine that went on to become the most successful ever in Formula One. The DFV won a remarkable 155 Grands Prix, the last of which was in 1983, 16 years after its debut. Published to coincide with the DFV’s 40th anniversary, this beautifully produced book tells the full story of this remarkable engine’s development and evolution.

Andrew Noakes has been writing about cars for more than 20 years. He was trained as an automotive engineer but decided to go into motoring journalism, working for Fast Car magazine before launching the classic car title Classics. He has been freelance since 2002, writing on cars for a wide range of magazines and websites, and since 2006 has also taught motoring journalism at Coventry University. He is the chairman of the Guild of Motoring Writers in 2016-18.
Andrew is the author of more than a dozen motoring books including The Ultimate History of Aston Martin, Aston Martin DB7: The Complete Story and Aston Martin – Model By Model. He lives in Warwickshire.