Biko: The powerful biography of Steve Biko and the struggle of the Black Consciousness Movement (Paperback) 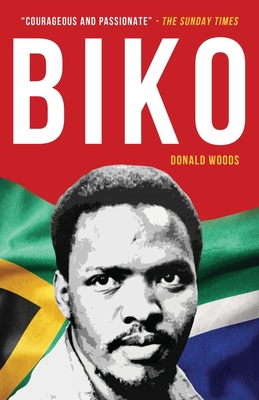 'You are either alive and proud or you are dead ... and your method of death can be a politicizing thing' - Steve Biko

Founder of the Black Consciousness Movement, Steve Biko was a natural target for the South African authorities. On 13 August 1977, Steve Biko was arrested, interrogated and beaten. On 12 September he was dead.

Editor of a leading anti-apartheid paper, Donald Woods was a friend of Steve Biko and went into exile in order to write his testimony about the life and work of a remarkable man.

'Courageous and passionate ... Mr Woods's brave attack on the shabby and ultimately murderous expedients of a society dominated by fear and greed should serve as both an inspiration and a warning' - Christopher Hampton in The Sunday Times

'A personal testament to a powerful, tragic figure and an impassioned indictment of a fascist nationalist system responsible for his brutal death in police custody' - The New York Times Book Review

A fifth-generation South African, Donald Woods was born in Transkei in 1933 and studied law in Cape Town before becoming a journalist. At the age of thirty-one he was appointed Editor of the Daily Dispatch, a leading anti-apartheid newspaper in South Africa. Until he was silenced by governmental banning orders in October 1977, he wrote the most widely read syndicated column in the country. He and his wife and their five children escaped to Britain in 1978 and settled in London, where he worked as a writer, broadcaster and lecturer on South African affairs.