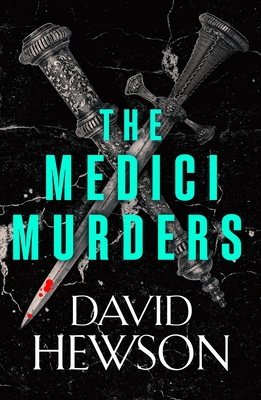 Venice is a city full of secrets. For hundreds of years it has been the scene of scandal, intrigue and murderous rivalries. And it remains so today.

1548, Lorenzino de Medici, himself a murderer and a man few will miss, is assassinated by two hired killers.
Today, Marmaduke Godolphin, British TV historian and a man even fewer will miss, is stabbed by a stiletto blade on the exact same spot, his body dropping into the canal.

Can the story of the first murder explain the attack on Godolphin? The Carabinieri certainly think so. They recruit retired archivist Arnold Clover to unpick the mystery and to help solve the case. But the conspiracy against Godolphin runs deeper than anyone imagined.

David Hewson is a former journalist with The Times, The Sunday Times and the Independent. He is the author of more than twenty-five novels, including his Rome-based Nic Costa series which has been published in fifteen languages, and his Amsterdam-based series featuring detective Pieter Vos. He has also written three acclaimed adaptations of the Danish TV series, The Killing. He lives near Canterbury in Kent. @david_hewson davidhewson.com/blog/