A Queen Comes to Power: An Heir Comes to Rise - Book 2 (Hardcover) 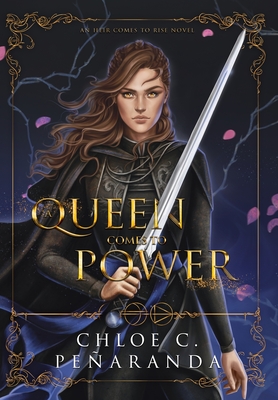 Bound in service to the king within the city, Faythe grapples with morality to keep herself and her friends safe. Nik's loyalty is tested as he struggles against his father's cruel ways. When blood and duty divide the heart, can love conquer all?

While the kingdoms prepare to unite, Faythe is forced to remain hidden in plain sight. But suspicions quickly arise with the mysterious fae general from an ally court. Getting close to Reylan could unravel truths she longed for, but trust is hard to gain and even harder to hold. When lurking evil threatens the alliance that keeps them all safe, Faythe may find herself on the side where danger meets desire in a force that could break past the guard on her heart.

For the threat of battle isn't the only conflict to fear. Faythe can't forget the deal she struck in the woods to save her friend's life-and it's time to fulfil. Finding the temple ruin leads them to harrowing discoveries within the castle...and something far more sinister than the war that lingers. It seems everyone will receive more than they bargained for. A history that haunts, truths that destroy, and a tangled destiny they didn't expect.