Under Occupation: A Novel (CD-Audio) 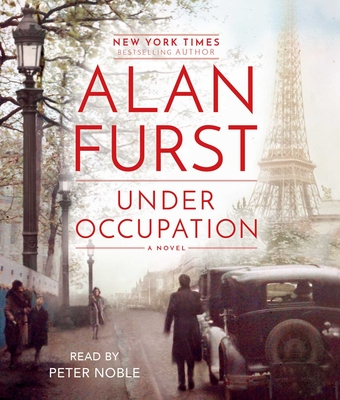 Occupied Paris in 1942, a dark, treacherous city now ruled by the German security services, where French resistance networks are working secretly to defeat Hitler. Just before he dies, a man being chased by the Gestapo hands Paul Ricard a strange looking drawing. It looks like a part for a military weapon; Ricard realizes it must be an important document smuggled out of Germany to aid the resistance. As Ricard is drawn deeper and deeper into the French resistance network, his increasingly dangerous assignments lead him to travel to Germany, and along the underground safe houses of the resistance—and to meet the mysterious and beautiful Leila, a professional spy.

From “an incomparable expert at his game” (The New York Times) and based on true events of Polish prisoners in Nazi Germany, Under Occupation captures the courageous and astonishing impact resistance fighters had during WWII and the lengths they went for freedom.

Alan Furst is widely recognized as the master of the historical spy novel. He is the author of Night Soldiers, Dark Star, The Polish Officer, The World at Night, Red Gold, Kingdom of Shadows, Blood of Victory, and Dark Voyage. Born in New York, he has lived for long periods in France, especially Paris. He now lives on Long Island, New York. Visit the author's website at AlanFurst.net.