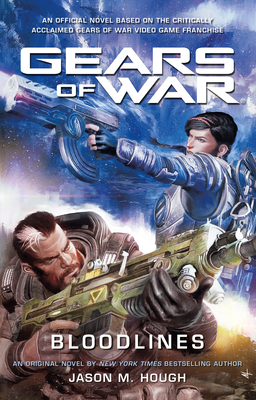 In the aftermath of Settlement 2's destruction, Kait Diaz reels from the near loss of a close friend amid utter defeat at the hands of the Swarm. To move forward, she must choose either to walk the Outsider path of her mother, or rise to her beckoning duty as a Gear, as her father did. As Kait grapples with her circumstance, an unexpected ally illuminates secrets from the past that offer a new perspective.
&nbsp;&nbsp;&nbsp;&nbsp;
Over four decades before, the two superpowers of Sera - the Coalition of Ordered Governments, and the Union of Independent Republics - wage a bitter, worldwide conflict known as the Pendulum Wars. For nearly a century, the two have fought to wrest control over Sera's most precious energy resource: Imulsion.

On the 79th year of the Pendulum Wars, Gabriel Diaz is a decorated Lieutenant Colonel serving the Coalition, assigned to Vectes Naval Base - a fortress that's seen little action despite its close proximity to UIR territory. The island's relative quiet is disturbed when a COG special forces team known as Ghost Squad arrive with a mysterious mission to the nearby island of Knifespire: an unforgiving rock of seemingly no strategic value.

When the Ghosts send out a distress call, it's up to Gabe to evacuate them - and what he discovers on Knifespire could change the very course of the Pendulum Wars. There, the Battle of Gatka Ridge will define Gabe's legacy, and shape the future of his daughter, Kait Diaz.

Jason M. Hough is the New York Times bestselling author of Gears of War: Ascendance, The Dire Earth Cycle and the near-future Zero World, which Publisher's Weekly called "a thrilling action rampage that confirms Hough as an important new voice in genre fiction." He's been a 3D artist, animator, and game designer (Metal Fatigue, Aliens vs. Predator: Extinction, and others), and has worked in high-performance cluster computing and machine learning.