The House by the Cemetery (Paperback) 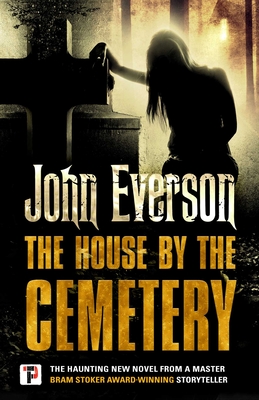 The House by the Cemetery involves everything that a horror aficionado could ever want--an undead witch, comic relief, a haunted house dedicated to obscure and not-so obscure horror films, and lots and lots of gore...Indeed, The House by the Cemetery could easily be transcribed into an action-packed screenplay - The New York Journal of Books Rumor has it that the abandoned house by the cemetery is haunted by the ghost of a witch. But rumors won't stop carpenter Mike Kostner from rehabbing the place as a haunted house attraction. Soon he'll learn that fresh wood and nails can't keep decades of rumors down. There are noises in the walls, and fresh blood on the floor: secrets that would be better not to discover. And behind the rumors is a real ghost who will do whatever it takes to ensure the house reopens. She needs people to fill her house on Halloween. There's a dark, horrible ritual to fulfill. Because while the witch may have been dead... she doesn't intend to stay that way. FLAME TREE PRESS is the new fiction imprint of Flame Tree Publishing. Launching in 2018 the list brings together brilliant new authors and the more established; the award winners, and exciting, original voices.

John Everson is a staunch advocate for the culinary joys of the jalapeno and an unabashed fan of 1970s European horror cinema. He is also the Bram Stoker Award-winning author of Covenant and its two sequels, Sacrifice and Redemption, as well as six other novels, including the erotic horror tour de force and Bram Stoker Award finalist NightWhere and the seductive backwoods tale of The Family Tree. Other novels include The Pumpkin Man, Siren, The 13th and the spider-driven Violet Eyes. Over the past 25 years, his short fiction has appeared in more than 75 magazines and anthologies and received a number of critical accolades, including frequent Honorable Mentions in the Year's Best Fantasy & Horror anthology series. His story "Letting Go" was a Bram Stoker Award finalist in 2007 and "The Pumpkin Man" was included in the anthology All American Horror: The Best of the First Decade of the 21st Century. In addition to his own twisted worlds, he has also written stories in shared universes, including The Vampire Diaries and Jonathan Maberry's V-Wars series, as well as for Kolchak: The Night Stalker and The Green Hornet. His short story collections include Cage of Bones & Other Deadly Obsessions, Needles & Sins, Vigilantes of Love and Sacrificing Virgins. To catch up on his blog, join his newsletter or get information on his fiction, art and music, visit John Everson: Dark Arts at www.johneverson.com. AWARDS: Covenant HWA Bram Stoker Award for First Novel, 2005 Letting Go - Bram Stoker Award Finalist, Short Fiction, 2007 NightWhere - Bram Stoker Award Finalist, Novel, 2013