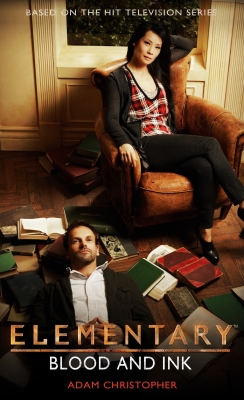 The Chief Financial Officer of a secretive NYC hedge fund has been found murdered—stabbed through the eye with an expensive fountain pen. When Sherlock Holmes and Joan Watson discover a link between the victim and a charismatic management guru with a doubtful past, it seems they may have their man. But is the guru being framed?

As secrets are revealed and another victim is found murdered in the same grisly fashion, Holmes and Watson begin to uncover a murky world of money and deceit…

Adam Christopher is novelist, comic writer, and award-winning editor. Adam is the author of The Burning Dark and the forthcoming LA Trilogy, as well as co-writer of The Shield for Dark Circle Comics. His debut novel, Empire State, was SciFiNow’s Book of the Year and a Financial Times Book of the Year for 2012. Born in New Zealand, he has lived in Great Britain since 2006.