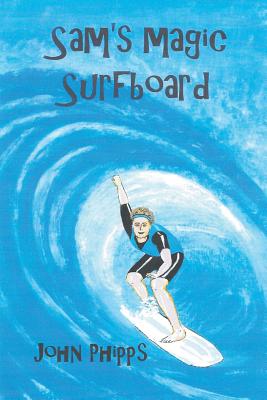 Sam Brown was a typical youngster who liked nothing better than hanging out with is mates at the local skateboard park in the school holidays.

He wasn't too impressed when his parents announced that they would be touring the West Country for their annual holiday. They would be staying with his mum's old aunt on her farm in Devon. He knew that his mum and dad would want to visit a lot of old historic sites and beauty spots, and the thought of spending all that time cooped up in the family car did not thrill Sam at all.

All this changed when he saw a video about surfing in Devon when they stopped at a service station. He immediately wanted to try surfing, and from then on, he pestered his dad for a surfboard. With the help of the auntie, (who turned out to be a real sport), he persuaded his dad to let him have some lessons. From this moment he was hooked He became involved with a whole bunch of colourful characters, who helped him follow his dream of learning to surf.

A mystical reclusive Hawaiian became Sam's mentor, sharing his magical powers, teaching him the secrets of the noble art of surfing, and building him a special magical surfboard. His life was never the same again, as he became a champion junior surfer.