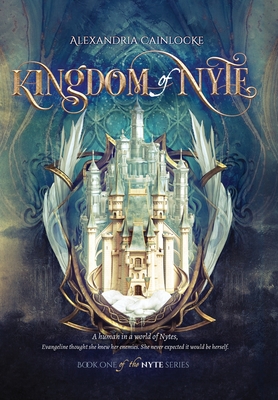 They called themselves Nytes, but she liked to think they were no more than self-righteous monsters.

A mere human in a world of monstrous and powerful Nytes, Evangeline Ardonis couldn't care less if she is liked or not. With no recollection of her past and a mysterious marking on her hand, she has always stood out from other humans, who are forced to work as slaves for the kingdom of Peredia and the beautiful winged Nytes that rule it-the Aerians.

The youngest prince of Peredia and bastard son of the queen, Ceven LuRogue, has had his fair share of scorn from both his former father and the royal court that once loved him. Sent away by the king, for risk of a scandal, Ceven spends two years overseas. When he returns to discover that humans are going missing and that his childhood friend, Evangeline, is a suspect, he fights to protect her, but a thread of doubt remains: Is she innocent?

As the kingdom becomes increasingly dangerous, all Evangeline wants to do is protect her friends, but when she gets caught up in a treacherous family conspiracy, she will have to face her unknown past and choose who to trust to protect those she cares about the most-or risk losing both her friends and her sanity.