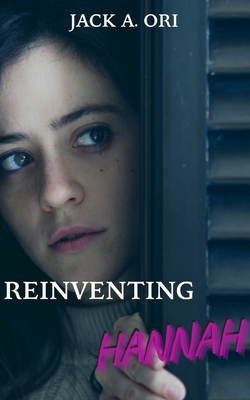 She only went to that party to protect a friend.

16-year-old Hannah longs to be bold enough to break the rules, but her fear of rocking the boat gets in the way. That's why she turns down a date with Brad, the guy she secretly likes but her friends have labeled as a loser, to keep her promise to watch Sierra's back at a party. But that decision changes her life forever, as Hannah is the one whose drink is drugged and who wakes up the next morning with no memory of what happened the night before.

She's been date raped, and she doesn't want anyone to know.

Not her parents, not her goody-two-shoes best friend Molly, and definitely not Brad.

But keeping quiet leaves Hannah stuck in depression, fear, and self-blame, creates an ever-widening rift between her and Molly, and reinforces the lie that she is a hypocrite who gets drunk and sleeps around.

The only way out is an act of courage she's not sure she's capable of.

When Hannah decides to reinvent herself into someone unafraid to speak her truth -- or to date Brad no matter what anyone thinks-- friends and enemies alike pressure her to go back to being quiet, while her own fear and pain keep getting in her way.

But if she doesn't silence the frightened voice in her head and stand up for herself and other survivors, there's no way she'll ever be able to reclaim her happiness. And she's not the only one who could get hurt if she lets her rapist win.

NOTE: Since Reinventing Hannah (#ReinventingHannah) is about the journey of a 16-year-old rape survivor, it may be difficult or painful for you to read if you are a real-life survivor. However, many such readers find it empowering, even though they may also need to take lots of breaks. Read it the way that's best for you, and don't forget you can always call the National Sexual Assault Hotline at 1-800-656-4673 if you need to talk after reading.