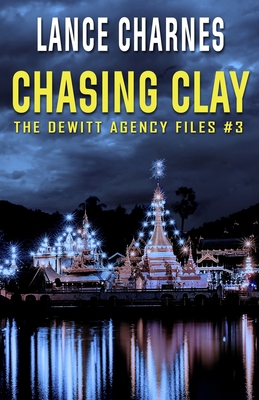 This is book number 3 in the DeWitt Agency Files series.

It's pure white, deep blue... and dirty all over.

Disgraced ex-L.A. gallerist and ex-con Matt Friedrich is in charge. If he finishes within sixty days, he'll earn an early end to his probation. If he doesn't, he may go back to prison for bending the federal criminal code into a pretzel.

Soon enough, Matt's in San Francisco, getting tight with Savannah, the client's beautiful art advisor, to scam his way into the smuggling operation. As the burglary, blackmail, tax evasion and customs fraud piles up and Matt finds himself sandwiched in a federal turf war, he realizes he's in way over his head with no good way out. And that's before he ends up in a real live jungle.

Matt's dealing with a type of art he knows nothing about from an area he's seen only in war movies. Now the fate of some trafficked pottery may decide whether Matt gets his freedom... or spends a long stretch in a concrete cell.