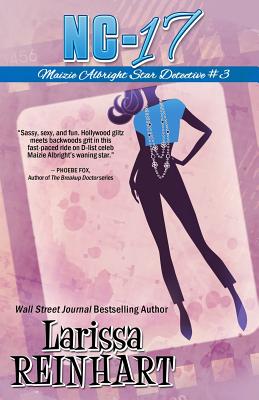 This is book number 3 in the Maizie Albright Star Detective series.

A missing Youtube star. A bank heist gone wrong. A mysterious health retreat for celebrities. Too many ex-fianc's. A growing body count. Oh...and possibly Bigfoot. Just another week in the life of Maizie Albright, Star Detective.

#StillDetectiveing As an ex-star of a hit teen detective show, Maizie Albright gets the youth demographic. Or so she thought. Now that she's adulting, today's kids make Maizie feel out of date. At least the teen Youtube stars of Bigfoot Trackers who want to hire her to look into the disappearance and possible murder of their producer. A murder the police find as likely as Bigfoot.

Wait, not man of her dreams.

Boss of her fantasies. Professionally speaking, of course.

Other mystery series by Larissa Reinhart: