The Charleston Knife is Back in Town (Paperback) 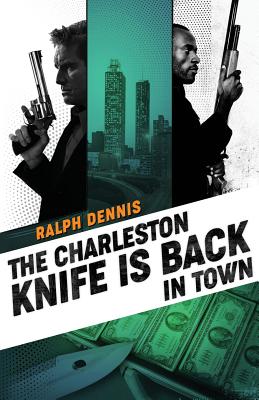 The second novel in the unforgettable, long lost series by Ralph Dennis is finally back in print... after being coveted for years by collectors of the very best in hardboiled fiction.
Jim Hardman was a mediocre Atlanta cop until he was wrongly accused of corruption and thrown off the force. Now he works as an unlicensed PI, trouble-shooter and bodyguard...often partnered with his drinking buddy Hump Evans, a black, ex-NFL player who supports his playboy lifestyle by working as hired muscle.
Five kids rip off a gambling party attended by Hump Evans and some of Atlanta's criminal and political elite. Hardman is hired to recover the loot and find the kids before they are caught and butchered by a hitman from Charleston with a very sharp knife.
This new edition includes an introduction by Joe R. Lansdale, the New York Times bestselling author of the Hap & Leonard crime novels.
Praise for the HARDMAN novels
"His prose was muscular, swift and highly readable. Like Chandler and Hammett before him, Dennis was trying to do something different with what was thought of as throwaway literature." Joe R. Lansdale, from his introduction
"Expert writing, plus good plotting and an unusual degree of sensitivity. Ralph Dennis has mastered the genre and supplied top entertainment. " The New York Times
"The Hardman books are by far the best of the men's action-adventure series." Mother Jones Magazine
"Ralph Dennis is an underappreciated master. His Hardman series is one of the finest in the P.I. genre." Robert Randisi, founder of the Private Eye Writers of America
"Among the best series books around. The dialogue is marvelously realistic." Philadelphia Daily News

Among crime writers, the late Ralph Dennis is considered a master of the genre who never received the recognition he deserved. His books have long been coveted collectibles. Brash Books will be releasing his 12-book Hardman series, his three other published novels, and his long-lost manuscripts.