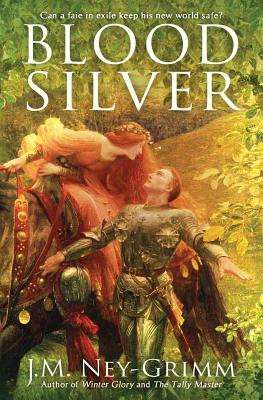 In a mythical Ireland that never was-an isle of turf and gorse-grown hillsides under a sky swept by mare's tails-mortal villages perch all unknowing beside enchanted knolls. Beneath them dwell the cruel and capricious faie folk.

Tahaern, a faie warrior by birth but not in spirit, eschews his vicious origins and hopes never to encounter his faie kin again.

Loving the bright world outside the faie deeps, he serves a mortal village as healer. Simple days and the love of his wife provide all he asks of life.

But when the faie declare war on the mortal king who protects Tahaern's village, Tahaern must again take up his sword to defend his neighbors, his beloved, and the realm.

Tahaern welcomes meeting faie warriors in battle, but tricks and cheats lurk at the heart of faie tactics. And a snare set just for him lies waiting...

The king knew. The king's advisers knew. Each knight who would accompany Tahaern onto the field of truce knew. Odhran and Lorcan would both be knights themselves soon. They deserved respect and needed not a child's sheltering.

"I suspect my brother contemplates some act of perfidy," Tahaern admitted.

"Under the banner of truce?" objected Lorcan, offended despite knowing better.

"Will it be enough?" asked Odhran. "Just suspecting-" he paused and corrected himself after a glance at Tahaern "-or even knowing, without knowing what?"