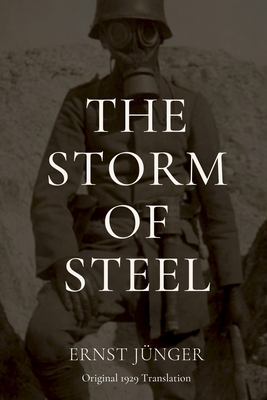 Originally published in 1920, The Storm of Steel is a first-hand account of World War I trench combat lifted from the diaries of Ernst J nger, a German infantryman who would become one of Europe's most talented writers. The book was first translated into English in 1929 by Basil Creighton, the acclaimed translator of many other classic works of German literature, and was widely hailed as a masterpiece. The Storm of Steel remains the definitive account of World War I, following J nger through several major engagements as he develops from an eager young soldier into a battle-hardened officer. Subsequent revisions by the author removed many of the original editions' vivid descriptions of battle, along with his reflections on leadership, patriotism, and the nature of heroism, while later translations failed to compare to the original's compelling and readable prose. The original translation eventually fell out-of-print, and is now being made available for the first time in decades to allow a new generation of readers to experience the classic that introduced millions to one of Europe's greatest voices.