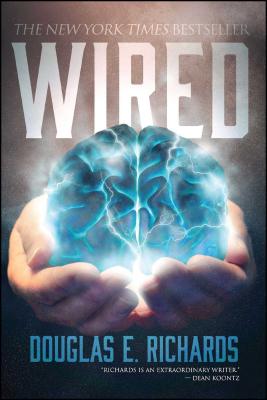 The sensational bestseller read by over a million people and translated into six languages.

Richards is “a worthy successor to Michael Crichton," (SF Book.com), who can “keep you turning the pages all night long" (Douglas Preston).

Kira Miller is a brilliant genetic engineer who discovers how to temporarily achieve a transcendent level of intelligence. But this enhancement comes at a high cost.

When Kira is found to be behind a bioterror plot that threatens millions, special forces operative David Desh is tasked with hunting her down. But when Desh learns that the bioterror plot is just the tip of the iceberg, he is thrust into a byzantine maze of deception and intrigue, and becomes a key player in a deadly game he can't begin to understand. One that is certain to have a dramatic impact on the course of human history. . .

Douglas E. Richards is the New York Times and USA Today bestselling author of WIRED and numerous other novels (see below). A former biotech executive, Richards earned a BS in microbiology from the Ohio State University, a master's degree in genetic engineering from the University of Wisconsin (where he engineered mutant viruses now named after him), and an MBA from the University of Chicago.

In recognition of his work, Richards was selected to be a "special guest" at San Diego Comic-Con International, along with such icons as Stan Lee and Ray Bradbury. His essays have been featured in National Geographic, the BBC, the Australian Broadcasting Corporation, Earth & Sky, Today's Parent, and many others.

Richards has two children and currently lives with his wife and two dogs in San Diego, California.