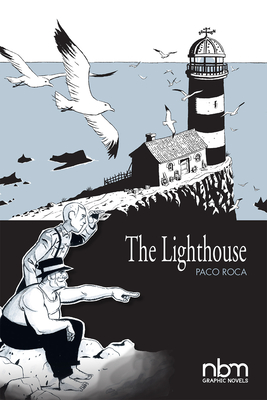 Francisco, a wounded, despairing sixteen-year-old Republican guard in the Spanish Civil War, is trying to flee to freedom by crossing the French border. In his escape, he encounters an old remote lighthouse, far from the warring factions. He is granted shelter by Telmo, the aging operator of the lighthouse. As Francisco recuperates, Telmo’s tales of epic adventurers who sailed the lost seas and discovered worlds unknown reignite the spark of life in the young soldier. By one of the most brilliant new talents in comic art in Spain, author of the world-wide bestseller Wrinkles.

Paco Roca is the pseudonym for Francisco Martinez Roca, a Spanish cartoonist. One of Spain’s most promising talents, he is best known internationally for his bestselling graphic novel Wrinkles (Norton, June 2016), which was adapted as an animated feature film in Spain, nominated for an Oscar and a Goya award. Aside from cartooning, Roca also works as an illustrator for advertisements.