Once There Was (Hardcover) 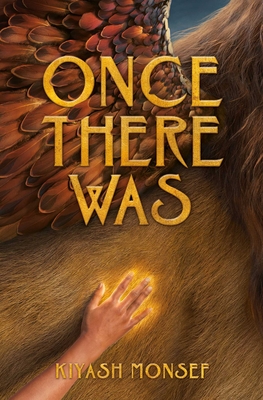 Fantastic Beasts and Where to Find Them meets Neil Gaiman in this thrilling novel about an Iranian American girl who discovers that her father was secretly a veterinarian to magical creatures—and that she must take up his mantle, despite the many dangers.

Once was, once wasn’t.

So began the stories Marjan’s father told her as a little girl—fables like the story of the girl who sprung a unicorn from a hunter’s snare, or the nomad boy who rescued a baby shirdal. Tales of mythical beasts that filled her with curiosity and wonder.

But Marjan’s not a little girl anymore. In the wake of her father’s sudden death, she is trying to hold it all together: her schoolwork, friendships, and keeping her dad’s shoestring veterinary practice from going under. Then, one day, she receives a visitor who reveals something stunning: Marjan’s father was no ordinary veterinarian. The creatures out of the stories he told her were real—and he traveled the world to care for them. And now that he’s gone, she must take his place.

Marjan steps into a secret world hidden in plain sight, where magical creatures are bought and sold, treasured and trapped. She finds friends she never knew she needed—a charming British boy who grew up with a griffon, a runaway witch seeking magic and home—while trying to hide her double life from her old friends and classmates.

The deeper Marjan gets into treating these animals, the closer she comes to finding who killed her father—and to a shocking truth that will reawaken her sense of wonder and put humans and beasts in the gravest of danger.

Kiyash Monsef is an Emmy Award–nominated producer and director; a writer of short stories, videos, comic books, and games; and a designer of innovative conversational and voice interface experiences. Once There Was is his first novel.