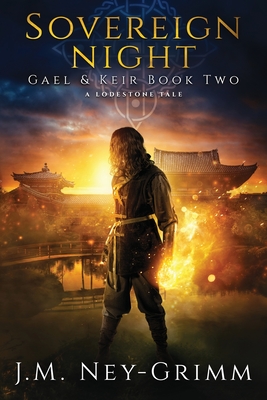 What dark secret lurks within the Glorious Citadel at the heart of the city-state Hantida?

Gael, an illicit mage, hunts redemption with Keir, a healer who helps all who cross her path. Gael loves her loyalty to her calling-and to him-but knows that mere friendship must suffice.

Together, the two seek a cure for the affliction that not only erodes their bodies and minds, but keeps them apart. The magical lodestone that holds their salvation lies hidden in the Glorious Citadel where the city-state's sovereign dwells.

Posing as physician and physician's aide, hired to preside over entertainments hosted within the Glorious Citadel, they find their quest for healing entangled with the corrupt and deadly undercurrents spiraling among the courtiers and servitors of the palatial stronghold.

The trail of clues-a would-be assassin startled from the shadows, twin handmaidens stealing from the library by night, and heavily-armed warriors called reavers smuggling kidnapped victims into the citadel precincts after sundown-leads toward the ancient artifact they need, but also to the risk of a horrific death.

Both Gael and Keir must learn honesty about who they love, who they hate, and who merits their championship, or lose not only each other but life itself.