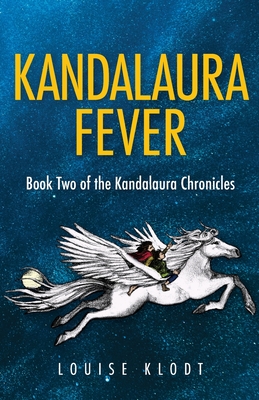 as you travel with Mikey to Kandalaura. Kandalaura Fever is Mikey's second trip to his friend Andron's planet. After Mikey's first adventure with Andron, a fire remains inside of him that simply won't go away. It's a deep fervor to see Jesus again. A newly found love for God resonates so deeply inside of him that he feels like he's going to explode. He also misses Andron, who has become much more than a friend. He's like the brother he never had.

Although the Kandalaura Chronicles were originally intended for ages twelve through fourteen, they are being read and enjoyed by all ages. Many families report that they are reading them together before bedtime. There are many life-changing truths contained within the adventures. As Mikey encounters Jesus, his experience often becomes a personal one for both listeners and readers. I invite you to come on board. Join Mikey and Andron and fly with the King of kings and Lord of lords