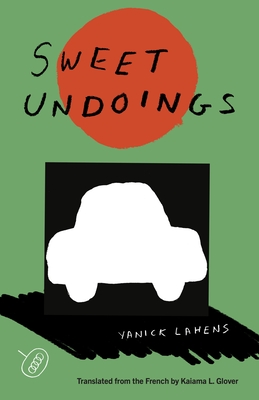 Yanick Lahens leads us into a breathless intrigue with her newest portrait of Haiti, Sweet Undoings.

In Port-au-Prince, violence never consumes. It finds its counterpart in a high-pitched sweetness, a sweetness that overwhelms Francis, a French journalist, one evening at the Koros l Resto-Bar, when the broken and deep voice of lounge singer Brune rises from the microphone.

Brune's father, Judge Berthier, was assassinated, guilty of maintaining integrity in a city where everything is bought. Six months after this disappearance, Brune wholly refuses to come to terms with what has happened. Her uncle Pierre, a gay man who spent his youth abroad to avoid persecution, refuses to give up on solving this still unpunished crime as well.

Alongside Brune and Pierre, Francis becomes acquainted with myriad other voices of Port-au-Prince: Ezekiel, the poet desperate to escape his miserable neighborhood; Nerline, women's rights activist; Waner, diligent pacifist; and Ronny the American, at home in Haiti as in a second homeland.

Nourishing its power from the bowels of the city, Sweet Undoings moves with a rapid, electric syncopation, gradually and tenderly revealing the intimacy of the lives within.