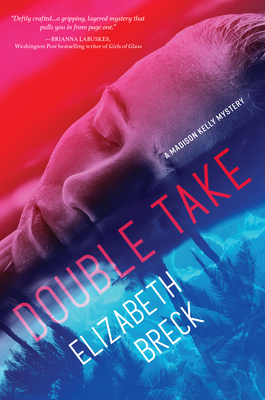 This is book number 2 in the A Madison Kelly Mystery series.

When a young journalist goes missing in sunny San Diego , P.I. Madison Kelly learns the true price of knowing too much.

It's a perfect San Diego fall--cool and crisp with bright blue skies. But not everything is right in the sunny idyll dubbed "America's Finest City." Young journalist Barrett Brown has been missing for a week, and her boyfriend hires private investigator Madison Kelly to find her. Right away, Barrett reminds Madison of a younger version of herself: smart, ambitious, and a loner.

As she launches her investigation, Madison realizes that Barrett's disappearance is connected to a big story she was chasing--and she sets out to walk in Barrett's footsteps to trace her whereabouts. As the trail grows colder, things begin to heat up between Madison and Barrett's boyfriend. But he doesn't seem to be telling everything he knows, and Madison gets the feeling that her every move is being watched. What dirty secrets lie at the heart of Barrett's big lead?

If Madison can't get to the bottom of the case in time, she could be in line to become the next victim.

Elizabeth Breck is a state of California licensed private investigator. A native Californian, she had read Harriet the Spy twenty times by the time she was nine, so it was no surprise when she grew up to become a PI. She has worked mainly in the field of insurance investigations, making her the real-life version of Sue Grafton’s Kinsey Millhone. In 2013 she went back to school, earning a bachelor’s degree in Writing, summa cum laude, from the University of California San Diego. She writes the Madison Kelly Mystery Series, thrilling mysteries set against the coffee houses and surfer culture of San Diego. The first book in the series, Anonymous, came out to critical acclaim in 2020, and Double Take is being released on October 12, 2021. She lives with a black Labrador named Hubert who is her best friend.

Praise for Double Take:
"In [this] intricately plotted sequel…Breck, herself a licensed private investigator, makes Madison a convincing heroine. Readers will look forward to seeing more of her."
—Publishers Weekly

“[A] likable mystery [with a] sly clue buried in its title.”
—Kirkus Reviews

“Lots of twists and turns to keep the story interesting.”
—Red Carpet Crash

“In the deftly crafted Double Take, Elizabeth Breck creates not only a gripping, layered mystery that pulls you in from page one, but also an endlessly fascinating character in Madison Kelly. The gutsy, resourceful investigator’s toughness is matched only by the vulnerabilities that make her all the more compelling.The authenticity that comes from Breck’s experience as a PI herself rings true in every twist and turn as the case races to its heart-pounding finale. And the cherry on the top is a gorgeous setting that makes you want to read this book on a La Jolla beach as surfers catch waves in the distance. Readers will be eager to see more of Madison in the future.”
—Brianna Labuskes, Washington Post bestselling writer of Girls of Glass

“Breck’s tough-but-caring private gumshoe has it all together on the job, even if not at home. She gets the job done with style in this fun and satisfying missing-girl mystery.”
—Kristin Wright, author of The Darkest Flower

Praise for Anonymous:
"An emotionally-wrought, angst-riddled, drop-dead terrific tale cut squarely from the cloth of Lisa Gardner and Harlan Coben...This is mystery/thriller writing of the highest order, as riveting as it is relentless."
—Jon Land, USA Today bestselling author of the Caitlin Strong series

"Anonymous has suspense, action, and investigation that's believable, carried out by an appealing and very human female investigator in one of the most beautiful towns in the country. This will be the start of a terrific series.”
—Thomas Perry, New York Times bestselling author of the Jane Whitefield series

“A smart, tough female protagonist, a unique plot, fast-moving prose written with a steady hand and a startling conclusion make this superb debut novel from real-life PI Elizabeth Breck a must read.”
—David Housewright, Edgar Award-winning author of From the Grave

“A brave heart that deserves a sequel.”
—Kirkus Reviews

“A solid start to the series...I hope for more of Madison in the future.”
—Red Carpet Crash