Sworn to Silence: The Truth Behind Robert Garrow and the Missing Bodies' Case (Paperback) 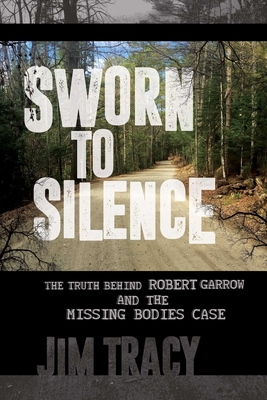 Two small-town attorneys who outraged the nation defending a hated man; the detective who desperately sought answers to the whereabouts of missing women; the unveiling of a modern-day serial killer; and the author who witnessed the drama firsthand.

Jim Tracy’s Sworn to Silence is an unforgettable story of two American lawyers who did the unprecedented. They searched for, found, and photographedthe lifeless bodies of their client’s victims and then kept it secret. They did so in the face of unendurable pressure from the authorities and the victims’ families, who suspected the lawyers knew more than they were saying.

When the American public eventually learned of the lawyers’ actions, they were horrified, outraged, and vengeful. People could not fathom how two attorneys—fathers of teenage girls themselves—and supposed officers of the law, could conduct themselves in a manner seemingly beyond any concept of humanity.

Today, this landmark legal case is studied and analyzed in law schools worldwide.

These events have been indelibly marked in Tracy’s mind since he was eight years old; in fact, he was present at the scene of New York state’s largest manhunt after the killer broke into Tracy’s father’s hunting camp in the Adirondack Mountains. In Sworn to Silence, Tracy weaves together a true crime narrative that should rank with some of the most compelling American crime stories of modern times. He does so while taking you—the reader—on a page-turning journey back to the early 1970s, unveiling an American serial killer most people have never heard of.

Jim Tracy has won multiple national and state writing awards, including first place in the prestigious Associated Press Sports Editor contest. Around this time, he spent ten years at The Post-Star, a Pulitzer Prize winning newspaper in Glens Falls, N.Y.

He graduated from the State University of New York. Prior to a successful career in journalism, Tracy was a former aide to New York State Senator Norman Levy (R-Nassau County). He was born, raised, and still resides in the foothills of the Adirondack Mountains, with his wife, Angela, and teenaged daughters Sam and Shay. He’s spoken publicly about the Garrow case at several historical societies in New York state.

"When I began working with Jim Tracy at the Glens Falls (N.Y.) Post-Star two decades ago, he was kicking around a project about Robert Garrow's reign of terror through the Adirondacks in the 1970s. A subsequent newspaper series was merely the appetizer to Sworn to Silence, a master class in reporting and storytelling that is equal parts labor of love and effort in excellence."
— Ryan O'Halloran, Sports Writer, The Denver Post

"As I worked construction on Lake George in the Adirondacks in the summer of 1973, I listened on radio for news of the manhunt for Robert Garrow. I've never forgotten the haunting feeling of knowing that random killer was loose in the mountains around me. It was like a living ghost story told around campfires at night. Jim Tracy had done an excellent job of filling out the story that is much more than the news bulletins and headlines of the day."
— Brian Rooney, former Correspondent, ABC News

"Like Watergate headlines and long lines at gas stations, this twisty, politically-tinged examination of the unsolved questions of the Missing Bodies case is redolent of the early 1970s. Tracy navigates this complex story brilliantly, leaving no stone unturned."
— John Temple, Author of "American Pain" and "Up in Arms"