Late Bloomers and Early Bloomers: The Sports Science Behind It (Paperback) 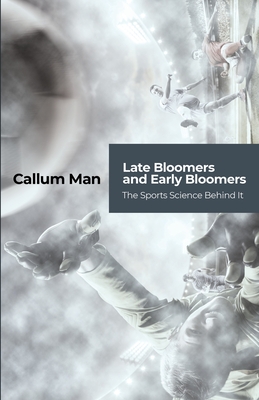 Have you ever heard some parent say, with pride "my kid was a late bloomer" at a sporting event? Not likely. And that's unfortunate -- research actually supports late bloomers in sport as having an edge over their early-peaking counterparts. While you might not love that other kids get faster more quickly, your child could be the one to achieve sustained success if they don't get discouraged and stop working on their game.

Late Bloomers and Early Bloomers explores the intersection of sports, medicine and health as it breaks down the impact of early blooming on a youngster's body and why it really isn't what you should strive for in a student-athlete.

Callum Man takes his passion for European football and pairs it with his analytical eye as he explores what the research really says about early or late developing and what you need to know about it as the parent, coach, or athlete.

Learn what the best football clubs are doing to train and improve athletes. Hear some major success stories and insights about Mario Gotze, Cristiano Ronaldo, and Freddy Adu. You might be surprised about how some of the most famous names in football got to the international stage. Who knows? You might have it in you to be the next late-blooming star