Replacement Marines: The Levy to the Twenty-First Century's War on Terror (Paperback) 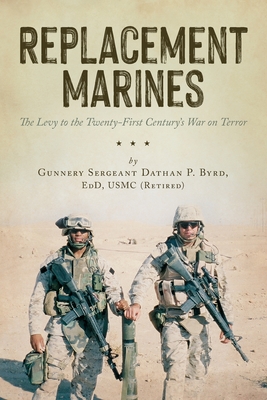 A problem historians have with writing accounts of war is that their readers already know how the story ends; therefore, the events seem inevitable.

If the history of war were written, it would include its actualities where the principles of strategy and tactics and the absurdity of war are ridiculously simple; and any theory that disregards these factors overlooks the more significant part of the nature of war itself. Nevertheless, it is these facts that make war so difficult to comprehend that they are usually neglected by historians- leaving only the physical tragedy of war and the imaginary and sometimes irrational naivety of a dreamed-up peace.

As the twenty-first century's levy to America's longest war, the Combat Replacement Platoon of 3rd Battalion, 2nd Marines, Lima Company left Iraq unheralded by fanfare and have all but been forgotten. As a catastrophic consequence, men who fought for their lives, sanity, and each other cannot speak or take part in the victories of a war that does not include them its records of success.

This is not a story about poetic heroism, but about a group of wartime replacements from all across America who fought from a place of simple fear and who ultimately did not fight as expected Marines, but who fought for the oldest reason known to man, love. Love that none of us would die or be maimed in a war that seemed needless of our participation.

This is the story of Hammer 4, 3d Battalion, 2d Marines, Lima Company, and the ruin of war.