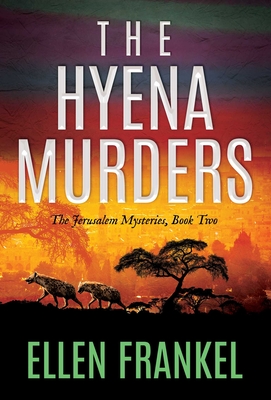 This is book number 2 in the The Jerusalem Mysteries series.

A refugee’s discovery of a buried diary in a UN camp holds the key to solving a series of vicious murders in Jerusalem.

Israeli intelligence agent Maya Rimon teams up with Ethiopian activist lawyer, Dani Solomon, to track down the serial killer, who has targeted the prominent Ethiopian Jewish family of Moshe Aklilu, a member of the Israeli Knesset. The murderer leaves cryptic clues on the victims’ bodies: slash wounds made by a double-edged ceremonial knife, images of hyenas, and vengeful spirit animals associated with Jews back in Ethiopia.

Because Aklilu is a member of the Knesset, Maya Rimon, an agent of the Service, Israel’s elite Intelligence agency, takes on the case. So does her chief rival, Sarit Levine, Chief Inspector of the Jerusalem Police. Already biased against black Jews, Sarit suspects that the murder is a gang hit, payback for a failed drug deal. Maya suspects something far more sinister.

Spiced with Ethiopian folklore and superstition, including Evil Eye curses, spirit possession, witch’s brews and spells, The Hyena Murders explores the timely theme of racism: among the various tribes of Israeli Jews, among politicians and bureaucrats, and within Maya’s own family. In the course of the novel, as she grows closer to Dani, these social tensions take on an increasingly personal meaning for Maya.

Ellen Frankel served for eighteen years as Editor in Chief and CEO of The Jewish Publication Society. She received her BA from the University of Michigan and her PhD in Comparative Literature from Princeton.

She is the author of ten books, including The Classic Tales, The Encyclopedia of Jewish Symbols, and The Five Books of Miriam, which has been translated into Hebrew. Her JPS Illustrated Children’s Bible won the National Jewish Book Award. She has traveled widely as a Jewish storyteller and lecturer.

Frankel’s first opera, Slaying the Dragon, about the unlikely friendship between a KKK Grand Dragon and a rabbi, with music by Michael Ching, premiered in Philadelphia in 2012. Her opera, The Triangle Fire, with composer Leonard Lehrman, was performed in NJ and NYC in 2016 and 2017. Her newest work, Beyond the Binary, about artificial intelligence, with composer Andrea Clearfield, will premiere in Philadelphia in May 2022.

Frankel has previously published The Deadly Scrolls, Book 1 in The Jerusalem Mysteries series.

Frankel and her husband, Herb Levine, divide their time between Sarasota and Maine.