When the Dust Fell (Hardcover) 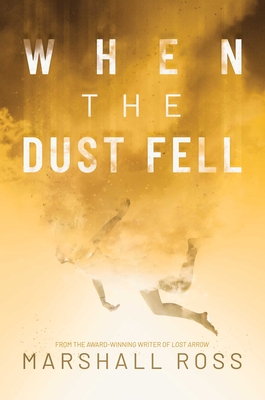 Sarah Long is looking for peace in a broken world. The fact that she helped break it, is only the start of her problems.

When Sarah Long gets the message that her sister is alive and needs rescuing, she packs a bag with survival gear, loads a coat with six kinds of weapons, and hopes her pregnancy won’t slow her down.

Sarah’s treacherous journey will cross continents and an ocean, as well as the lines between Earther and Alien, friend and foe. The dangers, though, go beyond the brutal reality of the lawless world she travels. For the last three years the mysterious ship has been Sarah’s home. And she knows its powers.

And there are those who will do absolutely anything to get them.

Marshall Ross is bald and allergic to everything that tastes good. That ought to say it all. But just in case:

He’s the Chief Creative Officer of Cramer-Krasselt and was central to the team that grew C-K into the second largest independent ad agency in the country, garnering hundreds of major industry awards along the way.

In a life before C-K, Marshall had the thoroughly naive idea of starting a creative boutique. Miraculously, Mitchiner, Ross & Kahn managed a successful six-year run in Chicago before being acquired in 1992 by Campbell Mithun Esty, where Marshall assumed the post of Executive Creative Director.

His most memorable work includes the beach world of Corona Beer, the CareerBuilder monkeys, and the creative expression of the Porsche brand.

He’s also the author of the award-winning serialized novel Lost Arrow, and is currently at work on his next. In When the Dust Fell, Ross has created in Sarah a hero who seems perfectly suited for the moment, though she never seems to know it. And that makes her someone we can’t help but cheer on.

Apart from writing, his other interests include the rearrangement of furniture and germ avoidance.