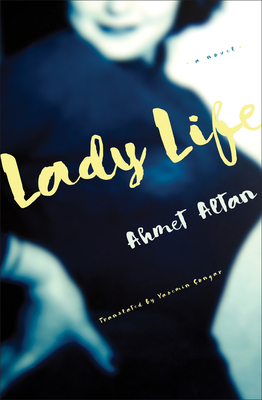 From the acclaimed author of I Will Never See the World Again, this poignant coming-of-age novel finds moments of remarkable humor in a present-day Istanbul rife with economic and political hardships.

Fazıl’s comfortable existence studying literature is upended by his family’s sudden financial ruin, followed swiftly by the death of his father. Forced to sell his belongings and move to an old boardinghouse, he discovers a new side of the city, populated by immigrants, poets, sex workers, and busboys, all struggling to get by.
On a tip from a fellow resident, Fazıl finds work to support himself through university, as an extra on a TV show, where he meets two women who will change his life. Sıla, a striking young student, shares his love of Virginia Woolf and uniquely understands his current predicament: once well-off, she too has lost everything, after the government unjustly seized her father’s business. While they begin a tentative romance, Fazıl is also drawn to the show’s vivacious leading lady, Hayat, whose carefree, sensuous outlook differs so greatly from his own.
Written from his prison cell, Ahmet Altan’s latest novel offers a witty, insightful view of modern Turkey and the lives of its “new poor” that shows how we can find light in the darkest times.

Ahmet Altan, born in 1950, is one of Turkey’s most important writers. In the purge following the failed coup in July 2016, Altan was sent to prison pending trial for giving “subliminal messages” in support of overthrowing the government. In February 2018 he was sentenced to life in prison without parole. Fifty-one Nobel laureates signed an open letter to President Erdoğan calling for Altan’s release. His memoir I Will Never See the World Again was published by Other Press in 2019. Altan was released from prison in April 2021.

Yasemin Çongar is the cofounder and director of P24, a not-for profit platform for independent journalism in Istanbul. She is also the founder of K24, a Turkish literary review, and of the Istanbul Literature House. An editor, essayist and translator, Çongar is the author of four books in Turkish.

Praise for I Will Never See the World Again:

“Urgent…brilliant…a timeless testament to the art and power of writing amid Orwellian repression.” —Washington Post

“Remarkable…Altan’s talent as a writer allowed him to communicate his experience in rich, haunting detail…Despite the oppressive, cruel darkness at the core of Altan’s memoir, his words shine like bioluminescent creatures patrolling the abyss…brilliant.” —NPR

“The title of Mr. Altan’s book is the statement of a brutal fact, rather than a cry of despair. There is not a smidgen of self-pity in the memoir’s 212 pages. What emerges is this: You cannot jail my mind, and you cannot shut me up.” —New York Times