Knights of the Skull (Paperback) 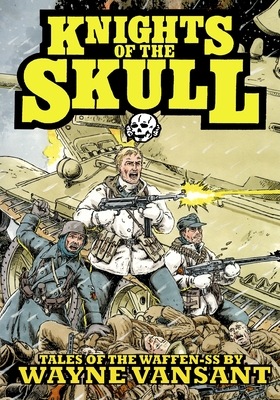 This edition collects for the first time Wayne's previous tales that were released as individual comics or as short tales. Included is the acclaimed Battle Group Peiper and how the infamous German commander during the Battle of the Bulge committed one of the greatest atrocities against American soldiers. Also three short tales of young German tank soldiers that experience the horrors of war and this is capped off by the story of the "Witches' Cauldron", the incredible saga of the Cherkassy Pocket battle between retreating German forces and the Soviet army on the Eastern Front.