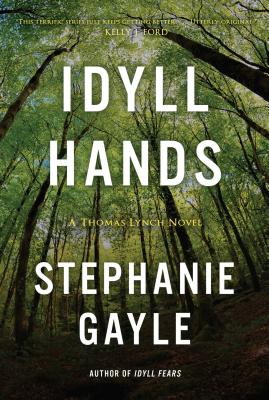 This is book number 3 in the Thomas Lynch series.

In the small, sleepy town of Idyll, Connecticut, Police Chief Thomas Lynch assists police officer Michael Finnegan to uncover clues to his sister's disappearance two decades ago. Charleston, Massachusetts, 1972: Rookie cop Michael Finnegan gets a call from his mother. His youngest sister, Susan, has disappeared, the same sister who ran away two years earlier. Anxious not to waste police resources, Finnegan advises his family to wait and search on their own. But a week turns into two decades, and Susan is never found. Idyll, Connecticut, 1999: In the woods outside of town, a young woman's corpse is discovered, and Detective Finnegan seems unusually disturbed by the case. When Police Chief Thomas Lynch learns about Finnegan's past, he makes a bargain with his officer: He will allow Finnegan to investigate the body found in the woods--if Finnegan lets the bored Lynch secretly look into the disappearance of his sister. Both cases reveal old secrets--about the murder, and about the men inside the Idyll Police Station and what they've been hiding from each other their whole careers.

Stephanie Gayle is the author of Idyll Threats, the first Thomas Lynch Novel, and My Summer of Southern Discomfort, which was chosen as one of Redbook's Top Ten Summer Reads and was a Book Sense monthly pick. Gayle has also published stories and narrative nonfiction pieces, including two Pushcart Prize nominees.

“A perfect blend of mystery and wry humor, this terrific series just keeps getting better. Chief Lynch is an utterly original character, and Stephanie Gayle has created a world I can’t wait to return to time and again.”

“The characters’ emotional conflicts are convincing, as are their dogged persistence and ingenuity. This series keeps getting better with each book.”

“Stephanie Gayle doesn’t gently lead you into the town of Idyll, Connecticut. Rather, she sucks you in through a vortex, crafting a remarkably detailed story that weaves the mystery of the disappearance of a young girl around small-town politics, prejudices, and secrets. Gayle grabs your attention from the first page and dares you to quit reading.”

“In Idyll Hands, Chief Thomas Lynch’s boredom is the reader’s gain. The quiet town of Idyll, Connecticut, has a few open wounds, and our man Lynch has the time to get to the bottom of things. Dark stories, charmingly told."

“By utilizing dual narratives to unearth the ghosts of the past, Gayle navigates the dangers of scandalous secrets and biased mentalities at play in small-town America, in what proves to be the best Thomas Lynch procedural to date.”

—Kristopher Zgorski, founder of BOLO Books and recipient of the 2018 MWA Raven Award